H+P had a few representative and Ironman Mount Tremblant- here they are!

Kevin Grotheer (the king of not training- actually did NOT train this year aside from fixing Coach Sean's AC and doing a few races) managed to finish the race in a comfortable time of 13:44:31.  This was good enough for 1474th overall, 66th in AG 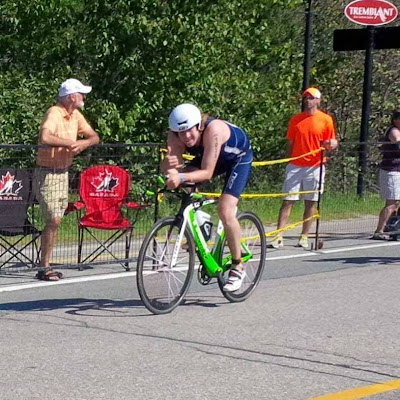 One of Coach Sean's personal coaching athletes had an inspirational result.  Lori Smith was rounding into the best shape of her life 3 months out from the event.  However, on an otherwise unremarkable training ride, she fell off her bike and broke her arm.  She was put in a cast, and this left her unable to swim, bike or even run for 4 weeks.  At the 5 week point, the fracture still had not healed completely, but there was enough stability to start doing some light work in the trainer along with some other light exercises (still no swimming at all).  1 month out from the race, the arm had healed, but was weak and sore from not being used for 8 weeks!  There was no way the bone would be ready to withstand an Ironman, let alone have surrounding musculature that is ready to go (or so we thought).  At this point, most advised it was in her best interests to forget about the race.  However, not willing to quit, Lori ramped up the training very quickly (not without significant arm pain), and then decided she would give the race a shot.  She ended up finishing in well under 15 hours, good enough for 81st in her AG.  Great work Lori! 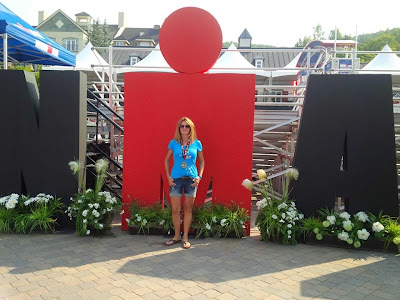 Ed Cyr (trained with us this past winter) who races with Studio Energi also had a great race!  He ended up coming in just under the 10-hour mark.  This was good enough to place easily in the top 100, and to win his AG!

Chris Morton (who trained with us last year) also had a great race, finishing in just under 10.5 hours.  This was good enough for top 20 in his AG, good job Chris!