In the first edition of H+P Athlete Spotlight, we had the opportunity to sit down and interview (i.e. chat over Facebook) the legendary Dave Rutherford (aka @ENDURdave, aka Doritos Dave).  Dave has had a diverse and extremely successful tenure in endurance sports.  From duathlons and marathons, to the ENDURrun and trail races, he seems to have done it all at a high level.  Not only this, but he does it all while not being afraid to indulge in his favourite Starbucks source of caffeine+sugar and occasional* bag of Doritos.  Here's what he had to say: 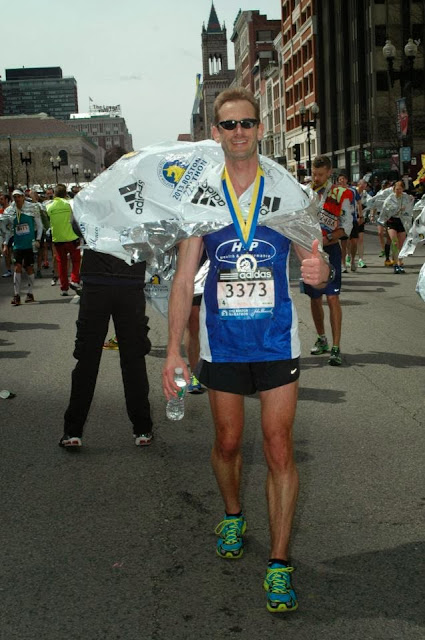 H+P: How long have you been running for?

DR: About 11 years now, Started out more focused on Duathlon but quickly found I was a much better runner than cyclist. 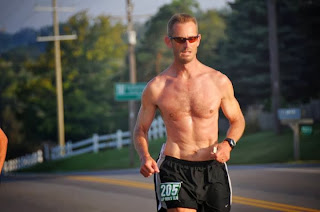 H+P: When did you first realize: You know what, I am going to push the envelope here and see how far I can push my limits?

DR: I came in about 364 out of 700 in my first Duathlon (The Brick, now Victoria's, in 2003). I had no clue what I was doing but I was hooked. I saw how I could improve in so many ways. That appealed to both my analytical and competitive sides.

H+P: You've competed in an array of very challenging races. What is the toughest race experience you've ever had? What happened?

DR: Probably the ENDURrun Sport in 2008. By 2007 I thought I was ready to take on the ENDURrun which I'd watched in awe from afar for several years. The first step I decided would be to tackle the last three days of it, the Sport. I had a great first two stages and then my worst marathon ever. Like my first Du I realized how much I didn't know. I learned so much and got a solid sense for what and how I would need to improve in my training to tackle the Ultimate week long event and came back in '09 to run the full week and PB'd the marathon on the last day. 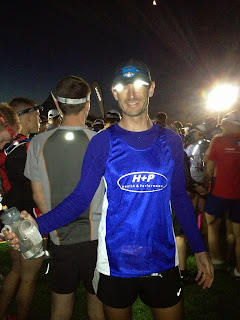 DR: My results show I do well in season long event series (Subaru ODS '07 Age Group win, OUS 50K Challenge Cup '12 win) and stage events like the ENDURrun at which I've always finished strong. My weakness is definitely the standalone marathon, where I have always under-performed from what race comparative number crunching says I should be able to hit time-wise.

H+P: You're a very knowledgeable runner who is constantly tweaking your training to achieve different goals. Were you ever surprised by how much one form of training (i.e. adding more mileage, adding intervals) changed your performance? Was there ever a type of training that ended up not giving you the results you expected?

DR: Surprised? Definitely. I think the key is varied training. When I started I was running training 10K's at the same pace that I could race them. Basically plateaued in my first year of racing. Then I learned to apply two main overarching and co-dependent training themes. Number one is run slower in training to race faster, and number two is run faster in training to race faster. I started to apply those themes day over day, week over week, and across the calendar year and was amazed at the near immediate improvements and I'm still setting PB's a decade later. The only type of training that I have found that does not deliver results is unfocused, inconsistent training - nothing can or should be expected. I don't mean having every day planned out, but at a minimum I need to have an overall structure to a season, with key races and workouts (rough build up plan, long runs, and big blocks) penciled in. 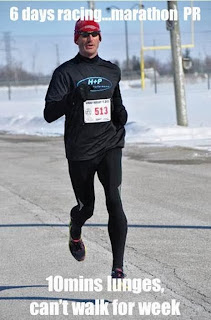 H+P: What made you decide to join H+P? What's your favourite thing about the group?

DR: My reasons to join H+P were many. Probably the biggest was just to keep my training fresh. Joining H+P got me out of a couple of comfort zones by adding in group training and evening training. As I typically fill in my detailed training more on a day to day basis, H+P fits perfectly as it gives me a couple of workouts a week to let a coach sort the details for the session. It's fun to just show up, hear the workout, and hammer. It is also awesome to have people to both chase and push with friendly competition and encouragement. I am inspired by each teammate, regardless of their speed, who is out pushing their own limits and comfort zones.

DR: My big goal for 2014 is to not run a marathon or ultra... Seriously, though, and more positively stated, I'm going to focus on "shorter" races, 5K-30K. I'll keep a mix of road and trail. I'll be gunning for a Half marathon PB in the Spring and/or Fall. I'll take another run at sub 38 10K at the Classic in June. I expect to have fun with that and the other races in the Battle of Waterloo & Waterloo Running Series along with a few other favourites like Around the Bay and the Phlox Run 25K Trail race with my teammates and other local running friends.

H+P: Are the rumors of you being sponsored by Doritos true?

DR: No Doritos sponsorship yet but will launch a Fall consumption campaign again next year! 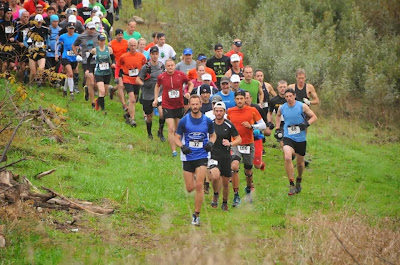