H+P fished off the 2013 racing season on a successful and festive note!  While it wasn't one of our original A-races, we did end up having a great showing at this year's addition of the Santa Pur-Suit.  Here are the team results: 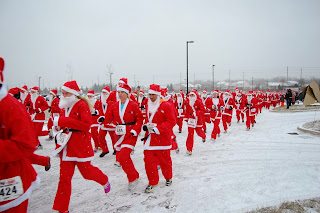 
And here are the team individual results (CLICK for full): 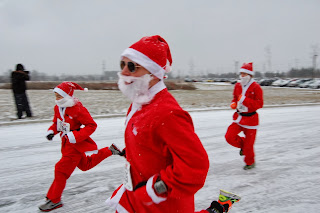 Coach Sean was lucky enough to win the race in a time of 17:44 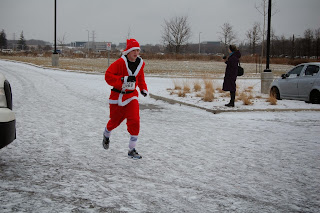 In his first race as an H+P runner, Jesse Burt had an excellent performance, finsihing 3rd overall and winning his AG
Holger also had a successful H+P debut.  While he was not happy with his time, he still was third place on the team, and placed 4th in his AG! 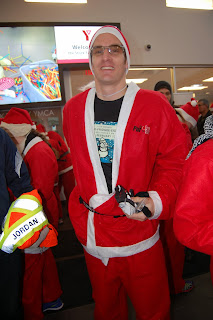 Mailman made a great return from injury, coming in 13th overall and 2nd in his AG! 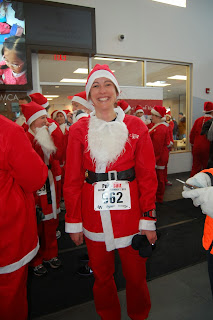 Vicki had an outstanding H+P debut, finishing in 3rd in her AG, and not far off her PB despite running in a Santa Suit!

Will, despite battling a cold that popped up just days before, still managed a 6th place in his category!

And finally, Mark Potvin (below) really, as he likes to put it, "stayed alert, and stayed safe" out there! 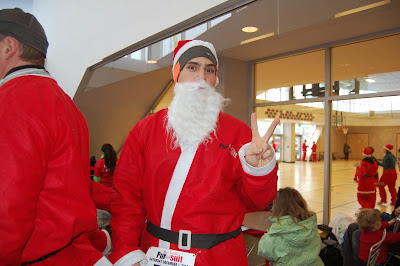