The 2014 H+P race season has officially begun!  We had a great time kicking things off at this years' edition of the Re-Fridgee-8er.

Before we get started, a huge thanks goes out to Julie Schmidt of the Waterloo Running Series for the photography! 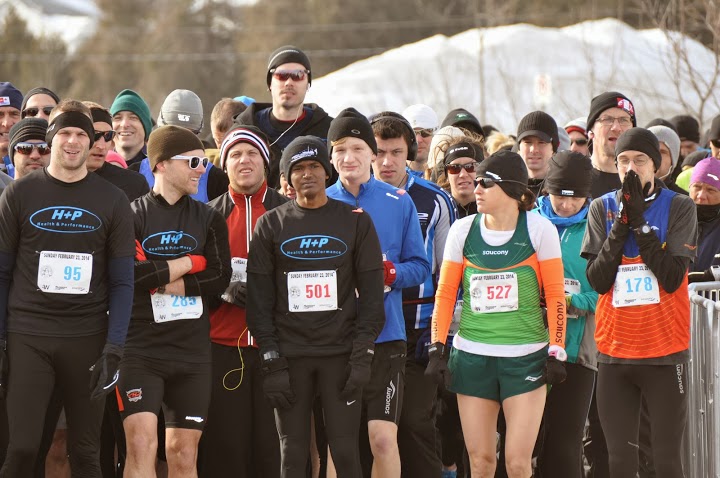 There were a number of impressive performances and surprises for the team.  Here is how we did: 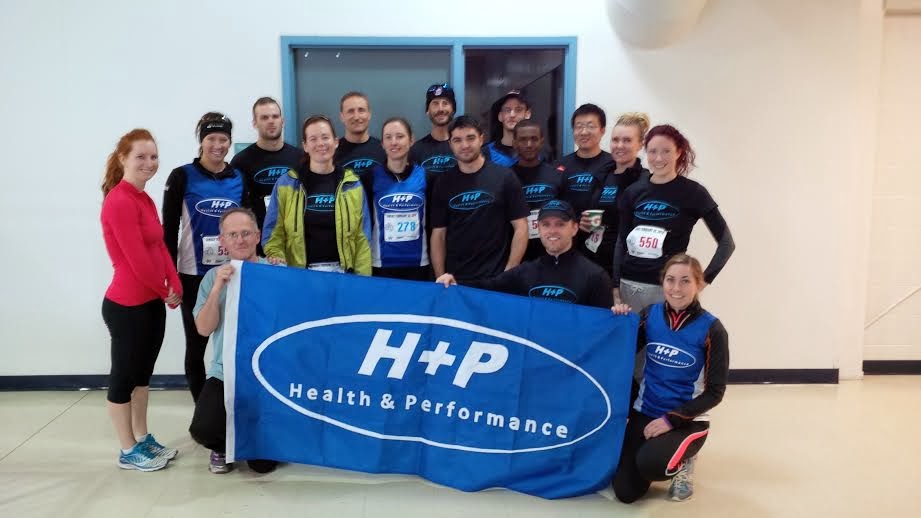 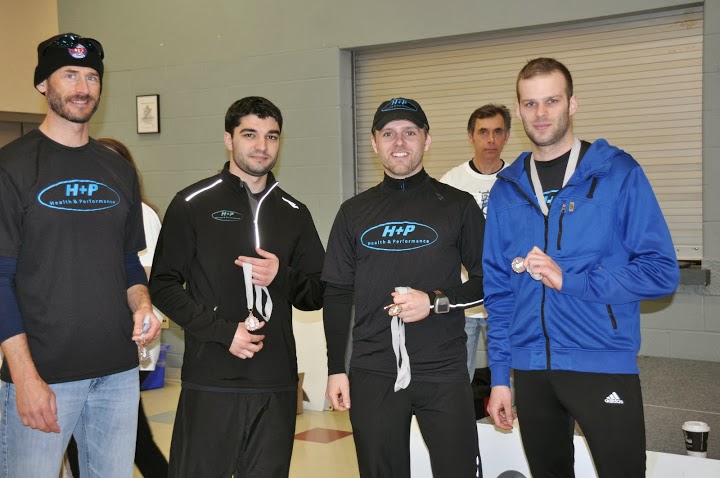 In the team categories (8M and 8K open teams) we managed to place 1st overall!  True, there were not very many other teams..but our goal was to have a quick average pace for our top 5 runners..and we did just that:

A huge pat on the back goes out to Dave Rutherford, who surprised everybody when he placed 2nd on the 8K team- not bad for 50 years old!  Also, a massive congrats goes out to coach Gill who, out of the 10 athletes who scored points for the teams, was the only female to do so! 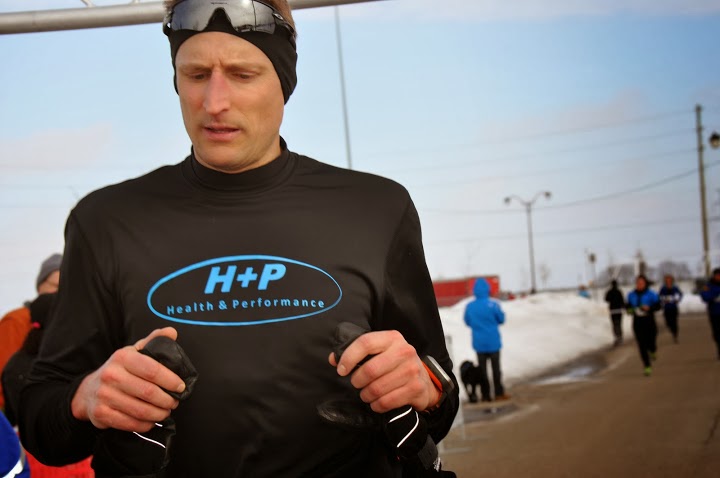 Luke Ehgoetz crushed the course, coming in just behind Ahmed for 3rd overall, and winning the masters title! 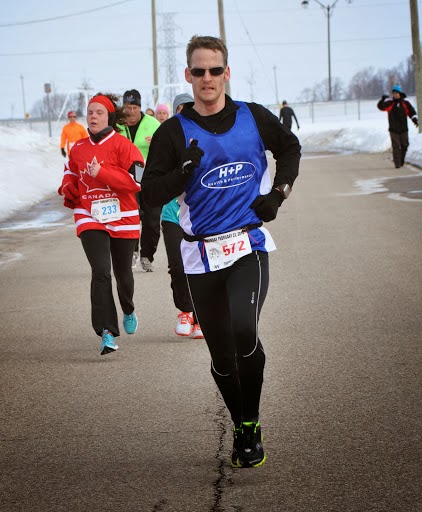 Aaron Mailman had a breakthrough performance, coming in over 2 minutes faster than last year, winning his
AG and placing 5th OA!

Nick Burt, like Ahmed, also impressed in his H+P debut.  He not only placed 7th OA, but also won his AG! 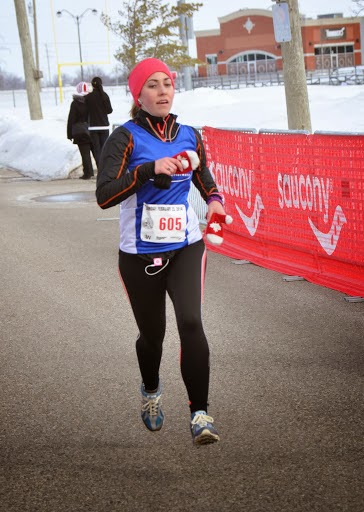 Gillian Willard was next in line from the team.  She had a huge PB, placing her 2nd overall for females (only beat by elite Canadian Marathoner Krista Duchene), and winning her AG!

Emily Hunter had a breakthrough performance, coming in about 5 minutes faster than anticipated, and placed 2nd in her AG!

Dragan Ball-Z continues to improve, crushing his goal of breaking 5mins/K, as he placed 4th in his AG.

Heidi also had a great race, beating her time from last year and winning her category! 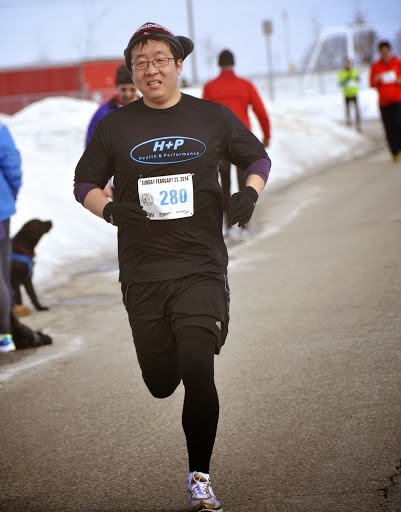 Oscar had an amazing H+P and racing debut-coming in significantly ahead of schedule! 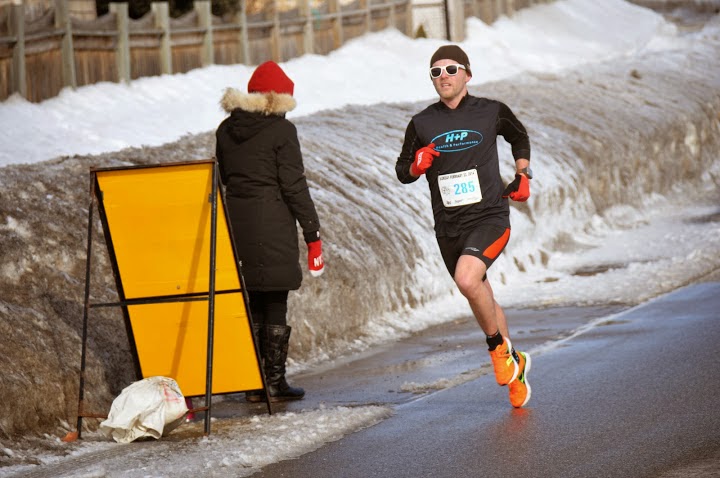 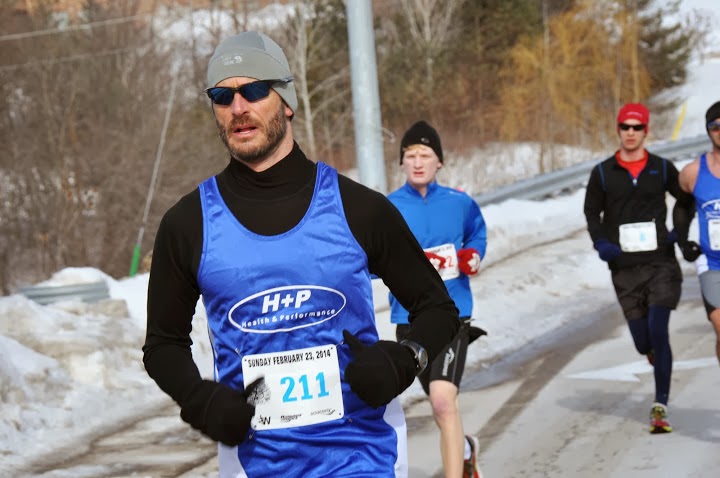 Dave "the ageless wonder" Rutherford destroyed the course.  He placed 2nd on the team, was the first masters athlete, and placed 7th OA!

Brendan showed lots of heart- a 2x winner of this event, he knew coming in that he was not even close to as fit as he has been in the past.  He also puked during the race.  Despite that, he never gave up, fought to the bitter end, and placed 3rd on the team and winning his AG.

Coach Dyce also showed heart as he struggled with a significant illness the week leading up to the race.  Despite the lack of training and not being 100% on race day, he still beat his time from last year, cracked the top 10 OA, and placed 2nd in his AG!

Mike Piazza was next on the team.  He really impressed, doing everything he could to chase down Dave.  He took well over 2 minutes off his PB,  and placed 3rd in his AG.

Graham Dunn, for some reason, decided that he should run something like 20K on top of what he was racing.  No matter- he still came in with a time of 32minutes, placing him second out of all masters athletes. 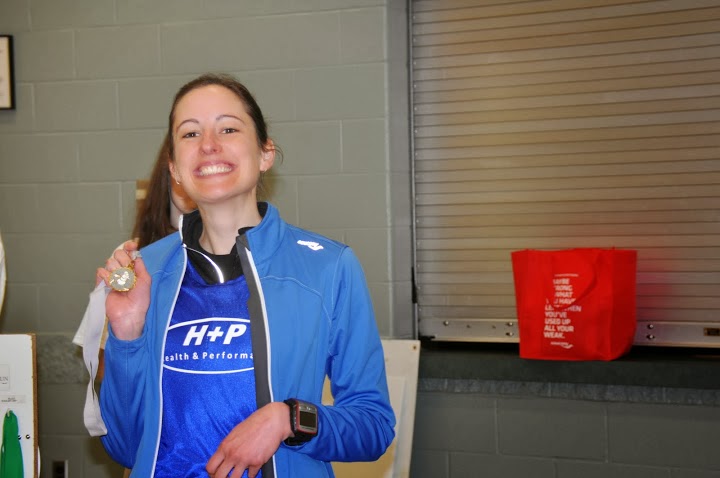 Vicki-Z was the first H+P female athlete to come in with another huge PB and winning her AG!

Payton also came in with an awesome time just behind Vicki, and placed first in a very competitive AG!

Candice and Ed both had awesome performances in their respective races despite missing training throughout the months leading up to the race.  They both still cracked the top 10 in the AGs, way to go! 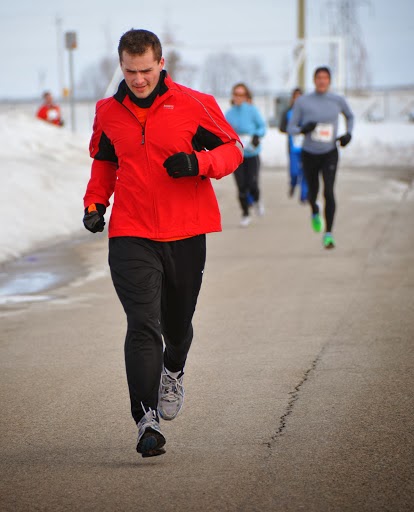 And last but not least, Mark "can't commute to practice from Hamilton" Potvin, had a great race for the team- great to have you with us again Mark!

Onward to another great year of racing!  Up next for the team: The Chilly Half and Around the Bay!