For the second weekend in a row, we had athletes in action.  For some it was a training race, for others it was a hammerfest.  Here is how we did at the 2014 edition of the Chilly Half.  Full Results. 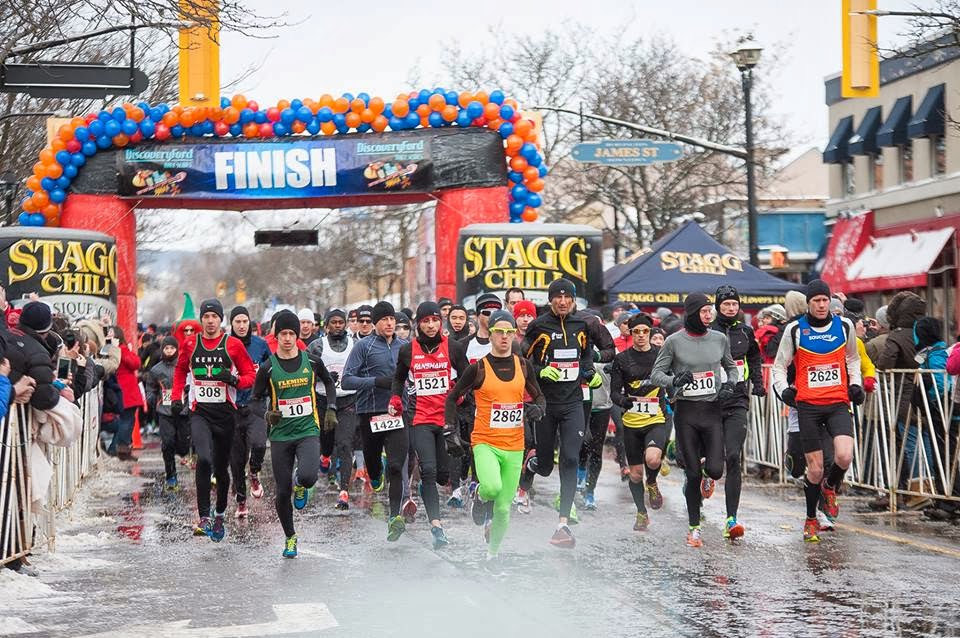 First up, RunnerRob (left side of picture) had an awesome return from training in Kenya.  He started out hard, going through 5K in 17minutes.  He simply wasn't able to hang on to that pace, but still managed an awesome time of 1:18! 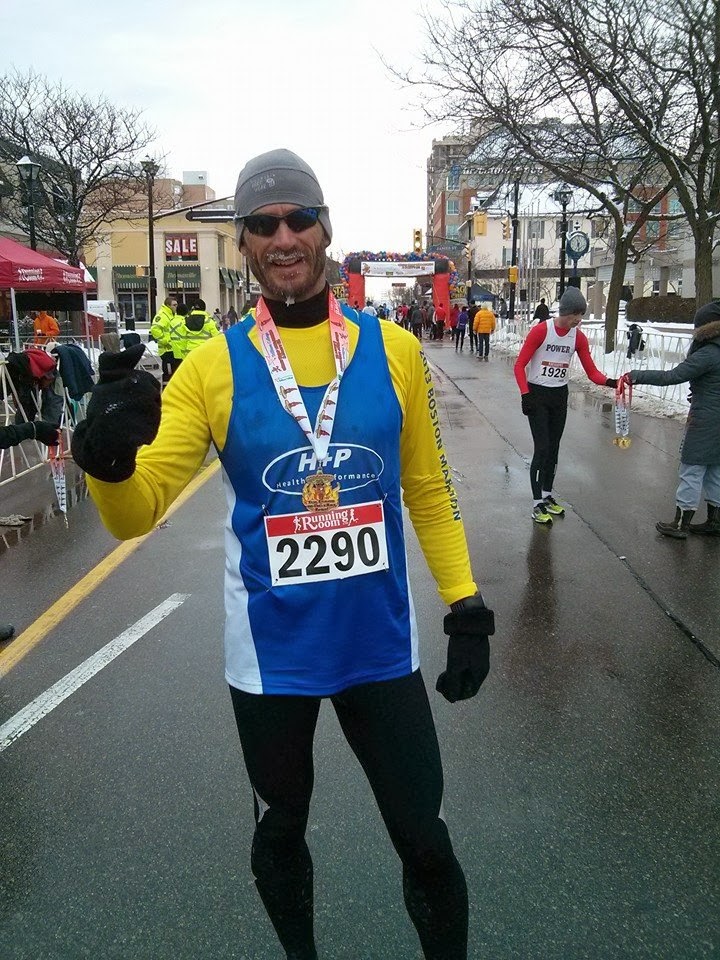 Doritos Dave had an outstanding race.  We always expect him to race well...but not this well!  He manged a HUGE PB of 1:22:14.  This is especially impressive given the brutal winter, racing the weekend before, and the cold temps on race day.   This very well could be a break-through year for Dave! 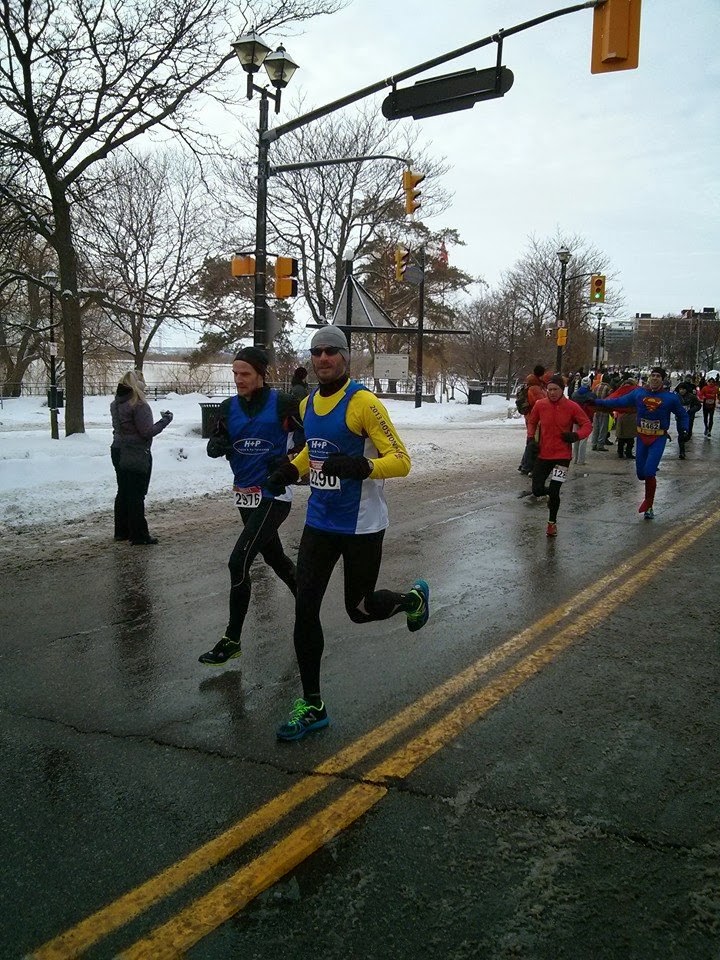 The Mailman also delivered on race day!  A last minute sign-up, Aaron Mailman surprised himself with a new PB of 1:26:25. 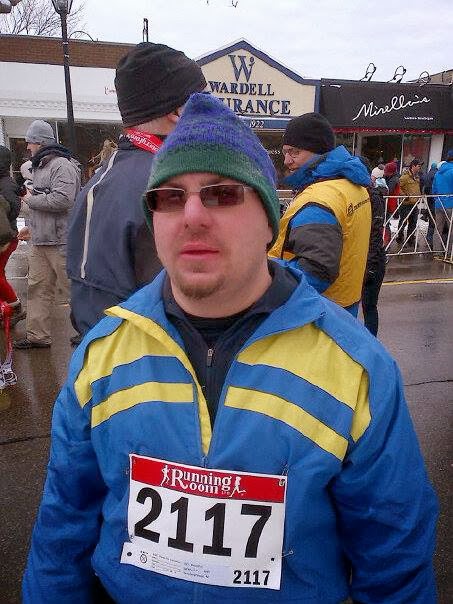 Kevin Post, who has perfected his pre-race smile (see right), also had an awesome race.  He managed a massive PB by almost 4.5 minutes! 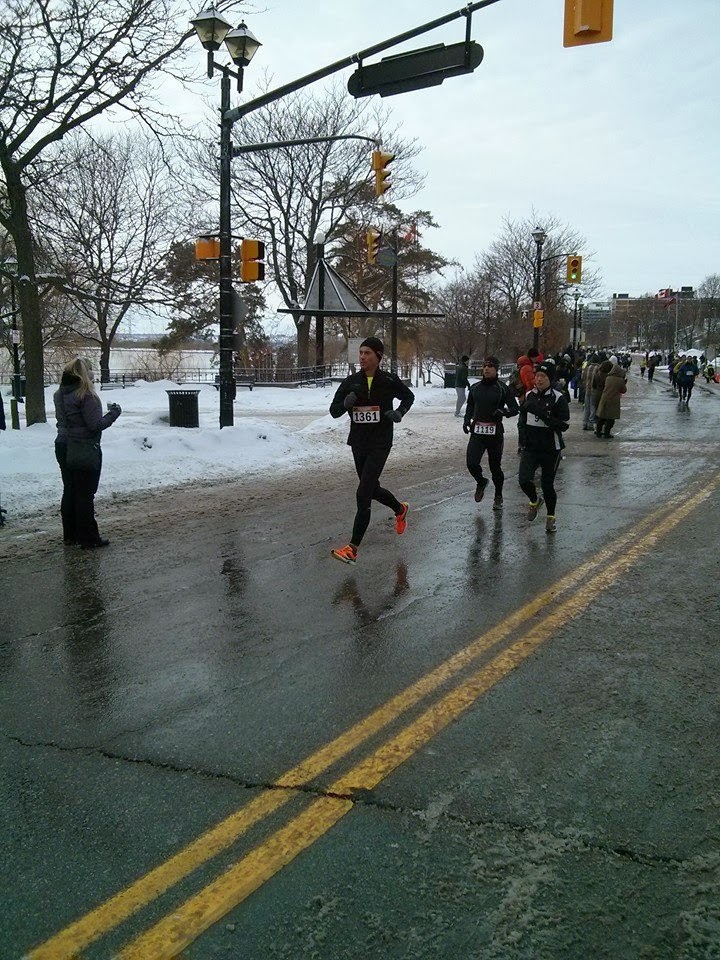 Battling a shin injury, Holger put his high-mileage training to use, coming in at 1:28:46! 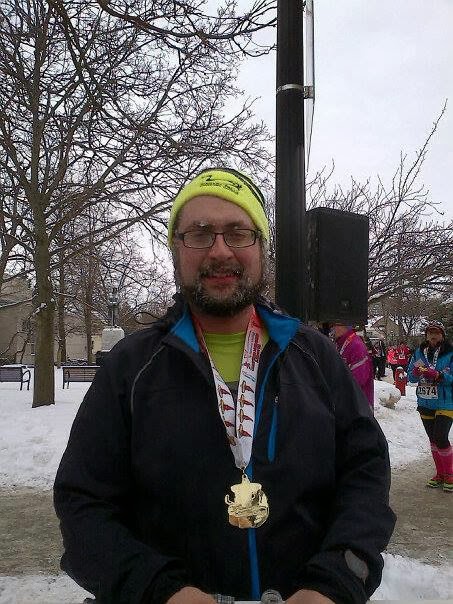 Despite just becoming a new Dad, and having very limited training, Will put together an awesome race, finishing just shy of his PB.

Graham Dunn also laced it up for H+P, putting in a great training run, finishing in just over 1:30!