The Waterloo Classic wasn't our only race this weekend, we were also in action on the trails, in ultras, and in the multisport world!  Here's how the team did:

Tracy Urquhart had a break through performance.  She dominated her AG, winning by 7 minutes, 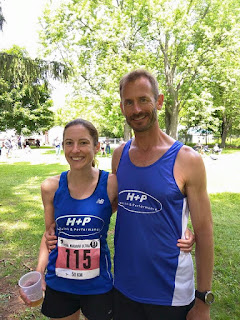 Jan had a great performance as well.  In his first triathlon since being hit by a car 4 years ago, he completed his epic comeback to place 5th in his AG.  Nicely done Jan!

Steve Schmidt had a great season debut, placing 4th OA and 1st in his AG!

Adam Dixon had one of his best performances ever- he managed a great time of 2:20, finishing 4th in his very competitive AG.

Lucas Shwed had an outstanding Olympic triathlon debut in Toronto.  He posted an amazing time of 2:16:59, winning his AG. 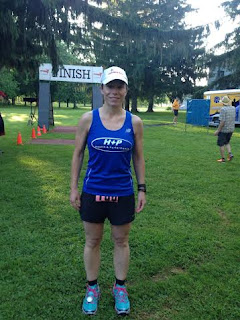 Jordan Schmidt also had a great race- treating it 100% as a long run training day, he still managed 5th OA in 1:27.

IM Syracuse
Graham Dunn had a very solid performance finishing in 5:17:02.  This placed him 33rd in his very competitive AG.

Outstanding work team!  As always, please let us know if we missed your results.

#cantwontstop
Posted by Health and Performance at 16:32