With our big spring team races still on the horizon (TYS10K, Boston, Goodlife), we did not specifically target the 2015 Chilly Half.  Despite that, we had a good contingent of runners who tackled the half marathon and dropped some breakthrough performances along the way.

Here's how we did:

Aaron Mailman ran quite possibly his best race ever.  Just 1 week after his PB at the ReFridgee8er 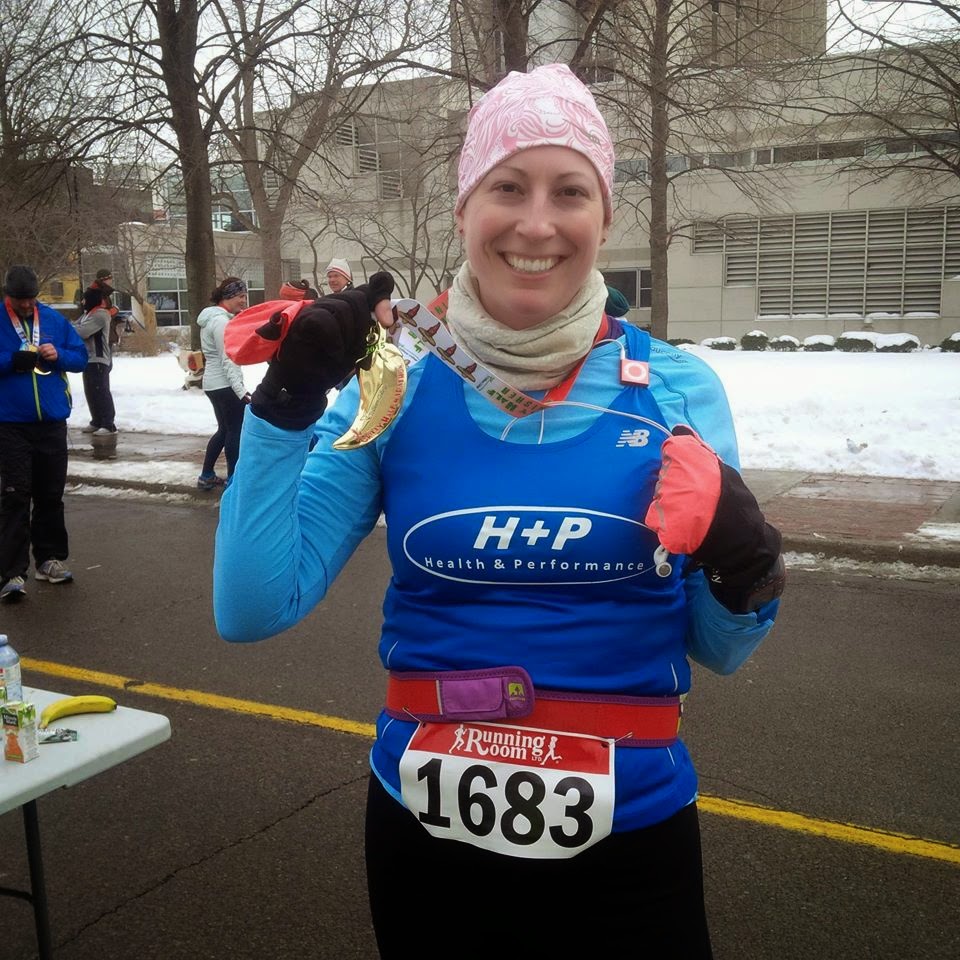 Holger was in next for the team with a very solid 1:28:25, placing in the top 10 in his very competitive AG.

Jessica was in next for the team with an outstanding result, breaking the 2-hour mark!

Cari had an awesome race- despite being sick along with facing a number of other challenges in the month of February, she still managed an outstanding time of 2:16 (a new PB by almost 30 minutes)!

Andrew and Heather Heij both had great races, running their first team race of 2015!
Posted by Health and Performance at 14:08